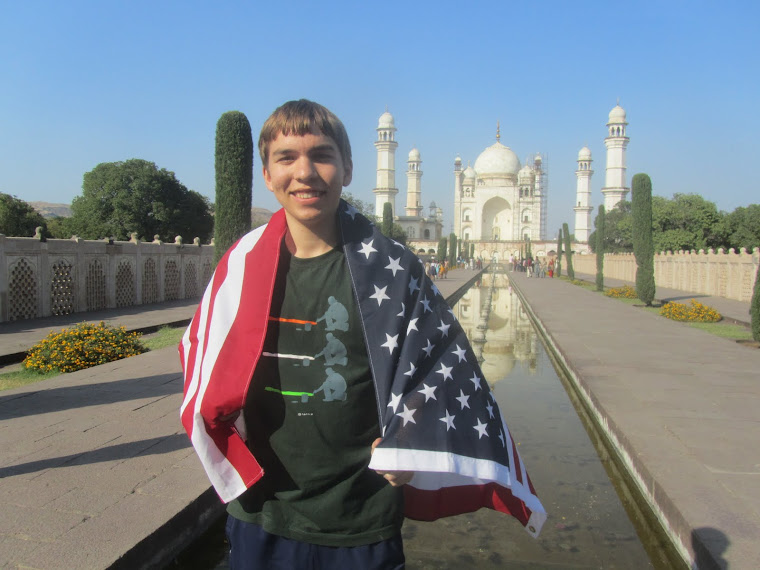 January, of course, always starts off with a New Year’s Party. This year, I had the guys at my place. There were six of us, and we had planned to start out the night by seeing the new Sherlock Holmes movie in theatres, then grab some dinner, and end up at my house to bring in the New Year and spend the night. When we got to the theatre however, the show we were planning on attending was sold out. We decided to buy tickets for the next show, and while waiting, go and eat something to eat. We all went to McDonald’s for our last meal of 2011, (it sounds really depressing when I say it like that, but it was actually really good). After we finished eating, we went back to the theatre to enjoy the movie. It was really good! But what made it even better was the German sitting next to me who got really excited whenever they spoke German, and how I was laughing at jokes that no one else got. After the movie we went to my house to spend the rest of the night. We were watching TV, and eating, but when midnight rolled around, we took action. We all stood on the balcony and made a toast with our sodas. As usual, the New Year didn’t make us feel very different, so we went back to watching TV until everyone was tired enough to go to sleep.
January also marked our “Aurangabad Picnic and RYLA at Solapur.” We stayed for two nights in Aurangabad in Rotarian families, and during the days we visited Ajanta and Ellora Caves, as well as Daulatabad Fort and Bibi Ka Maqbara aka “The Poor Man’s Taj Mahal,” spending lots of time with the exchange students living in Aurangabad. After Aurangabad, we traveled to Solapur for RYLA, or “Rotary Youth Leadership Awards.” It was a three day event, but sadly due to some booking issues with our train tickets, we could only participate for two. However, they were two great days of meeting lots of new people and making lots of new friends. I was even lucky enough to receive the award for the “Best Male RYLIAN,” and my team, the Purple Panthers, was, the “Best RYLIAN Team.” *You can read more about Aurangabad and RYLA in the blog post, “Aurangabad and RYLA at Solapur.”
The rest of January was pretty uneventful. All the exchange students did everyday was chill together, or go to dance practice for the upcoming Rotary District Conference, that we would be performing in. Almost every day we would be at Rashmi’s (a Rotarian) house to practice our dances. The guys dance was to the song, “Mee Hai Koli,” meaning “I Am a Fisherman.” The girls dance was to “Apsara Ali.” *More information about the dances and District Conference will be in the February Monthly Report.
Posted by Harmon Squires at 5:00 AM No comments:

AURANGABAD AND RYLA AT SOLAPUR

In order to "be with family" on Thanksgiving, I Skyped with both my mom' side of the family and my dad's side of the family. It was really nice to see everyone and catch up with what is happeing in the US. The only downside was that to be easier for them, I had to Skype in the middle of the night. At midnight, the day after Thanksgiving for me, I was skyping with my mom's family. I got about three hours of sleep, and then woke up at 5:00 in the morning to Skype with my dad's family. Although I had to be awake practically all night, - I'm used to it, being a teenager - it was totally worth it to see family on the holiday.

November ended with the last three days beginning the start of our South India Tour.
Posted by Harmon Squires at 6:11 AM No comments:

October 7th - 13th
Good. Bad. Ugly. That's what this trip was for me... and I think the other exchange students too. Thankfully, the good outweighed the bad and ugly. A big part of the good, for me, was being with the other students, as well as seeing wonderful sights, and experiencing more of Indian culture. The bad included traveling for hours on end in an uncomfortable bus, not having any idea of where the bus was taking us, and in general, no organization. The ugly was a lot of the food, and expecting more than what I was given (I have learned to never expect anything fabulous by now, but still, there was some disappointment). Ugly also included some things that the other exchange students and I had to experience firsthand - like some interesting creatures throughout the trip.
The trip started out on Friday morning, at a supposed to be 7:30, but being India, we finally set off at almost 9:00. The first disappointment hit when I saw the bus. We were told we would be taking a coach bus, so my immediate thought was to the nice, comfortable, spacy coach buses that we use in the US. I couldn't be more wrong. The bus only had 17 seats for passengers... of which we filled up 16. The room to relax and move around with a small group in a big bus was not at all in the equation of the trip anymore. Luckily, my mom had a plan for me to get a good seat on the bus; arrive first, and pick out the best seat. It was nice to have a single seat between the window and the aisle.
So on the 7th we left Pune for Belgaum, where we would have our first night at Hotel Ramdev. Well, about 10 minutes into the trip, the leaders decided that it was time for breakfast. Having no notice that there would be breakfast that first morning, all of the students had already eaten, and just wanted to keep going after being over an hour behind schedule already. Never the less, the leaders and our driver enjoyed some tea in the restaurant while the students got accustomed to the bus. Our first stop after that was for a bathroom break where I was introduced to the "real" Indian toilets, and disgusting stalls. Then we got to know the bus even better, until lunch that is. Due to a unanimous vote in favor of non-veg, we stopped at a hotel with a restaurant and all ordered chicken in either a spicy or non-spicy sauce. Personally, I ordered the so-called non-spicy, but it still made my eyes water and mouth burn. Compared to the sauce, there was barely any meat, and when we asked for more meat, the waiter brought us salt, because in Marathi, “meat” means “salt.” Thankfully, my family had taught me this, so I was able to explain to the others what happened before a big scene took place. After lunch, we got on the bus yet again, but luckily, this time we arrived at our hotel.
The hotel was alright -it wasn’t spectacular by any means- but it was nice enough to stay one night. Due to a miss calculation in the number of rooms some of us had to sleep four to a room instead of just three. We (the exchange students) went for a small walk around the town looking for anyplace interesting, but didn’t find any. After having dinner at the hotel restaurant, we had a party in our hotel room with junk food we found at a supermarket down the street. Looking back on it, we actually went to bed at a decent time the first night and slept soundly after a long day of traveling.
The next morning we woke up early and left the hotel to start on our journey. Leave Belgaum for Sirsi (Beetle Nuts Plantation). En-route Magod and Kavidekeri. Hotel Panchwati.
9th - Leave Sirsi for Murudeshwar (Trasi Beach and Aneegudi Ganpati). En-route Vanvasi and Jog Falls. RNS Residency. -Banvasi (Ancient Capital of Karnataka)
10th - Free Day (Change)
11th - Kollur and Udupi (Temple of Lord Shri Krishna) Temples. Maple and Maravanthe Beach.
12th - Leave Murud. for Yellapur. En-route Gokarn (Temple of God Shiva) and Edgunji. Banana County Resort.
13th -Leave Yellapur for Pune.  Arrive at around 4 (8:30).
Posted by Harmon Squires at 6:10 AM No comments:

For any viewers that do not have facebook, here are the links to my photo albums. Enjoy. 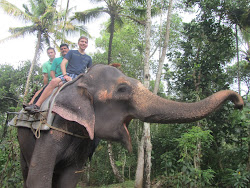 Harmon Squires
Hi. My name is Harmon Squires, and I am spending a year in India as a foreign exchange student with Rotary Youth Exchange. I am origionally from Owatonna, Minnesota, USA. I am doing this blog to share with friends and family all of my adventures, big and small. I will also be comparing and contrasting the cultures of the USA and India. Enjoy.